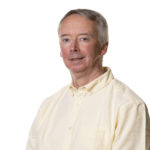 Richard has 34 years’ experience in engineering research and development within the University sector, with much of his research undertaken in association with industry.  This started with his PhD on the vibration of aircraft engines with Rolls Royce Ltd.   Most of his research has involved the application of design and dynamic analysis to solving engineering problems.  From 1998-2002 he spent four years on part-time industrial secondment to an oil services company and since then much of his research has been in the context of oil and gas, subsea engineering and decommissioning.  He is currently Director of the National Decommissioning Centre, and is leading the Centre’s input to the development of an underwater laser cutting system. 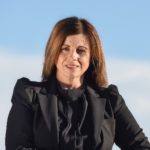 Karen joined the NDC in April 2019 as Centre Manager.  Prior to this, she was the Manager of the £6.5 million Medical Research Council (MRC) Centre for Medical Mycology and the £5.1 million Wellcome Trust Strategic Award for Medical Mycology and Fungal Immunology at the University of Aberdeen.  Between 2006 and 2011, she was Business Development Officer for Schools of Biological Sciences and Psychology at the University.  Karen has a PhD in Medicine and Therapeutics and completed a Medical Research Scotland research fellowship at the University of Aberdeen from 2004 – 2006.  Following her undergraduate degree, she spent six years working for GlaxoSmithKline Pharmaceuticals in several roles, including Team Leader for continuous improvement in the regulatory department at the Irvine UK manufacturing site. 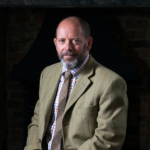 Malcolm is Business Development Analyst at the NDC.  Malcolm has worked in the oil and gas industry and aerospace industries for more than 15 years. This has been both as a regulator, infield and in technical business development roles.  He has also worked for 12 years within academia, developing projects with industry, project managing to ensure they deliver clear outcomes and deliverables, both at research and commercial stages. He joined the NDC from the Oil and Gas Authority where he was Technology Manager and his role focused on the regulatory processes, technology mapping and operator stewardship audits. 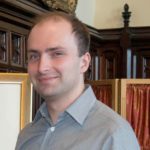 Marcin is Simulator Technical Manager at the NDC.  He is a PDRA with 9 years academic research experience in applied engineering, particularly in nonlinear dynamics modelling and the field of Finite Element (FE) Modelling. Marcin supervises the operation of the NDC’s state-of-the-art Marine Simulator developed by Offshore Simulation Centre (OSC), Norway. Marcin has been involved in applied research in close collaboration with companies from the energy sector (Welltec, Varel International, RotoJar, READ Cased Hole, VBPR, Halliburton) through 11 research projects. 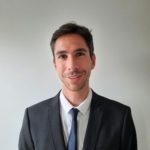 Sergi is Project Delivery Manager at the NDC. He has a background in mechanical engineering. He further developed his skills in engineering and research during his PhD at Aberdeen University in the field of geotechnics and soil mechanics. He was a Knowledge Transfer Partnership (KTP) associate in 2016, a two-year project in the context of oil and gas, subsea engineering and decommissioning.  He has four years of managerial experience in the manufacturing and machining sector. 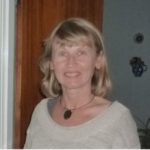 Fiona has been Administration Coordinator at the NDC since January 2019.  Fiona currently assists the Director, Prof. Richard Neilson with diary management and the Manager, Dr Karen McArdle with events and administration. From March 2004, Fiona worked as PA and Secretary in the School of Biological Sciences, taking on postgraduate research administrative work within the SBS Admin Team in May 2017 until moving to solely work at the NDC in April 2021.   Fiona has a degree in Business & Administration from the University of Strathclyde. 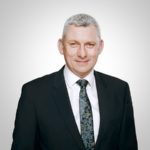 As Head of Industry & Partner Network, Roger spearheads the NZTC Solution Centre connection to members, technology developers, supply chain and stakeholders. Roger has more than 25 years’ experience in the oil and gas sector, having held a variety of supply chain leadership positions within companies ranging from SMEs to Tier 1 contractors. Before joining NZTC, he was Chief Executive of industry trade organisation, Decom North Sea.  Roger is an active member of the GlobalScot community and is a Chartered Surveyor, as well as a fellow of the Chartered Management Institute. 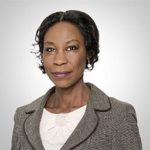 Pamela Lomoro is a project manager at the Net Zero Technology Centre (NZTC), supporting NZTC National Centres of Excellence in delivering industry-led academic solutions to accelerate the transition to an affordable net-zero energy future. Pamela joined the NZTC from the International Stress Engineering Centre (I-SEC), a collaborative academic and industry-led centre of excellence proposition based at the Science and Technology Facilities Council in Oxfordshire, where she managed the strategic development of the centre proposition and facilitated cross-sector structural integrity research programmes. Prior to that role she worked in the oil and gas industry as a senior subsea materials engineer. She holds an undergraduate degree in materials engineering, a master’s degree in engineering applications of lasers and a PhD in mechanical engineering from Liverpool and Leeds Universities respectively. 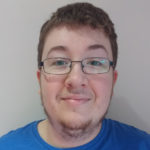 Samuel is a Research Fellow at the NDC working on simulator-based projects, and previously worked with the NDC on the design of a secure data repository for decommissioning data. His background is in computing and data, having completed both an MSci in computing science and a PhD on regulating distributed data exchange without a centralised authority with the University of Aberdeen. 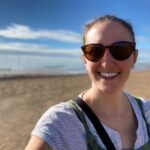 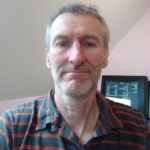 Keith is an engineer working on the NDC underwater laser cutting project.  Previous to this he has enjoyed a varied career as a teacher, researcher and engineer working in academia and industry.  After graduating in Electronics and Computing Keith undertook teacher training and subsequently taught in secondary schools, and FE colleges before spending many years as a University lecturer.  He also has considerable industrial engineering experience industry including development of RADAR systems and intelligent switchgear.  A more recent direction was devising engineering solutions for marine science studies. 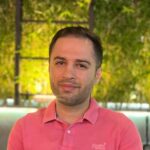 Shahin Jalili is a Research Fellow in Optimisation, Decision-Making, and Simulation at the National Decommissioning Centre (NDC). He currently works on the Data for Net Zero (D4NZ) project funded by the Scottish Government’s Energy Transition Fund through the Net Zero Technology Centre. He joined the School of Engineering of the University of Aberdeen in early 2020 as a Research Fellow to work on the DecomTools project funded by the European Union. Previously, he was a postdoctoral researcher in the Department of Computer Science at the University of Exeter, where he was working on the Decarbonisation of Transportation Networks in the UK. His main areas of expertise are Structural Engineering, Transport Decarbonisation, Engineering Optimisation, Offshore Wind, and Decommissioning.

His research interests focus on problems that link engineering, computer science, and mathematical science, with particular emphasis on optimisation methods and numerical algorithms. He has developed a series of numerical approaches for various optimisation problems in different branches of engineering, ranging from optimum design problems of skeletal and composite structures to performance optimisation of traffic transportation networks. He has also worked on the mathematical aspects of finite element analysis by application of polynomial vector extrapolation methods and developed new structural and sensitivity reanalysis formulations to reduce computational complexity. 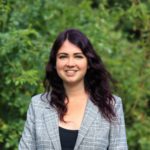 Alethea is a Research Fellow at the NDC working with stakeholders to develop a better understanding of the environmental effects of decommissioning within a multidisciplinary framework. She was previously an environmental consultant and has 5 years of experience in marine ecotoxicological research; studying the ecosystem dynamics and bioaccumulation of organic and inorganic contaminants in the marine food web.

Rebecca is a Research Fellow at the NDC working on a desktop-based collaboration project with Curtin University, for the risk based marine impact assessment of Naturally Occurring Radioactive Materials (NORM) and mercury from decommissioning oil and gas infrastructure. Her focus is the assessment of mercury bioaccumulation in marine food web models, as well as determining the potential human exposure via dietary uptake though seafood for different communities. Her background lies in ecotoxicology (PhD University of Heidelberg) and marine biology (Erasmus Mundus MSc Marine environment and resources). 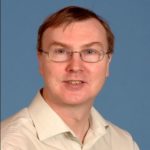 Eddie began working with the University as trainee electronics technician in the Department of Psychology rising to the position of Chief Technician within the Department. In 1995 he transferred to the Central Workshop Services as Electronics Supervisor and in 2004 was appointed Technical Resources Officer in the School of Engineering. In 2011 he was appointed Technical Resources Manager with responsibilities across the three Schools of Engineering, Geosciences and Natural & Computing Sciences.  Eddie’s interest in electronics began at school and from an early point in his career developed a strong interest in technical computer developing software and hardware solutions for control, data acquisition and measurement.  In his current role he continues to keep up to date with electronics and technical computing and has recently created the control system for the underwater laser cutter being developed at the National Decommissioning Centre.  In 1996 he received the Principal’s Award of Excellence which remains a highlight of his career at the University. 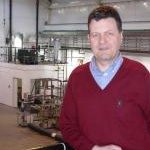 Stewart is an Engineer at the NDC.  Following graduation with a BSc Hons in Electronic Engineering, he worked as an Electronics Design Engineer and studied part-time for an MSc, subsequently spending 16 years as a lecturer in the School of Electronic Engineering, Robert Gordon University, specialising in digital systems design and signal processing. Whilst there he became a Chartered Engineer and undertook research leading to a PhD. This was followed by several years designing subsea electronic systems, before joining Aberdeen University in 2008. 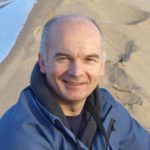 John is Electronics Research Technician at the NDC.  He has a HD in Applied Physics with Electronics and previous experience includes UKAEA, Marine Laboratory and Teleco Oilfield Services till being employed by the University of Aberdeen in 1987 in the Department of Engineering then MATSS.  As Electronics/Laser technician within the Laser Research Group he gained extensive laser/optics and CO2 laser welding experience.  His main role at the NDC is production, maintenance and repair of electronic and scientific equipment but his responsibilities also include H&S inspections, testing, certification and documentation.

Neil is Test Technician at the NDC.   The NDC contains engineering laboratories and hangar space for the design and construction of underwater technology and a suite of environmental commercial testing facilities for which Neil is the first contact.